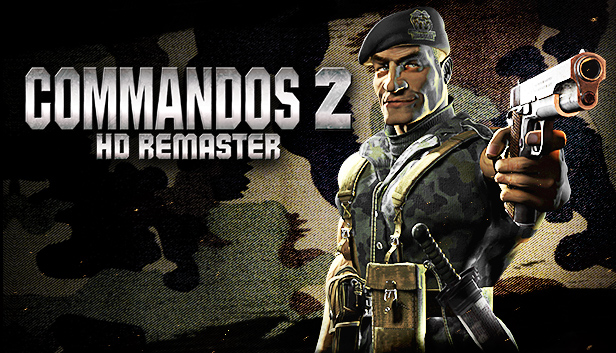 Pass it up if you aren’t a fan

Commandos 2 was first released for the PC back in 2001, and while it didn’t set the world on fire when it came out it did help influence the industry for later titles like Dawn of War 40k.  Saying that this title was important in the real-time tactics genre is an understatement.  So it was just a matter of time until someone came along and remastered the game for current gen hardware.

You can watch our stream of Commandos 2: HD Remaster here.

There are some key hallmarks that many people expect when someone remasters a title, and Commandos has hit all of them.  The game has been updated in the correct ways, looking better and supporting modern resolutions– to controlling slightly better as well.  The problem is that it was also very truthful to the difficulty of the original, mainly in the learning curve.  The game has less of a learning curve and more of a solid brick wall one is expected to climb.

Commandos 2 HD Remaster is exactly what a fan of the first game would want out of a remake, something that they could download and would make them feel like all of their memories of the experience were spot on.  The problem is that it does nothing to welcome new people in.  This makes it hard to recommend to anyone who already isn’t invested.  If you are interested, it isn’t super expensive at 20 dollars, and a Steam sale will lower that even more.