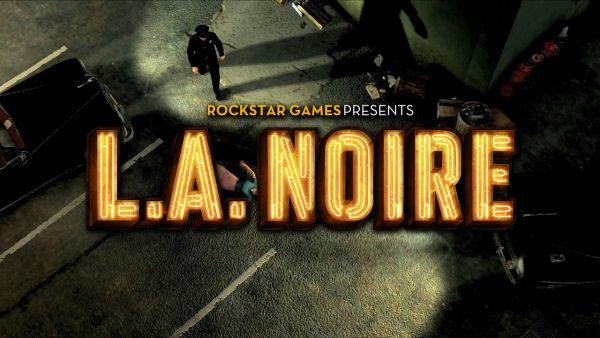 For the most part, L.A. Noire is built on aspects that have fed Rockstar's past success:

A sandbox world jazzed up with a detailed environment? Check.

A narrative fueled by gritty criminal violence? You betcha.

An unbridled open-world experience? Not quite. L.A. Noire, Rockstar's thriller slated for May 17, 2011 in the U.S., edges away from the company's oft-heralded selling point of allowing players to progress in the game by doing whatever they want, whenever they want. Grand Theft Auto and Red Dead Redemption fans' gut reaction may be to bemoan this gameplay tweak, but L.A. Noire has a million little reasons on why some in-game guidance could help this detective game's case – reasons that come in the form of possibly hundreds of interactive objects that may or may not help the player solve the mystery.

Even within the hour-long guided demo that showed a slice of the saucily-named “Red Lipstick Murder,” the protagonist Cole Phelps flipped through a slew of objects. Many more potential points of investigation were scattered around the scene, so if you weren't an expert who was giving a guided demo, then you could probably spend much more time poking around for the right clues.

Originally, every object in L.A. Noire was interactive In play testing, however, Rockstar found that players were frustrated with the overwhelming possibilities and how long they spent investigating certain areas. So the developer scaled back the number of interactive items and added a chime noise to indicate to players when they picked up an item that's directly related to their investigation, which will let the player know whether to move on or examine it more closely.

A la Phoenix Wright, the player uses evidence to interrogate suspects in order to push closer to the truth. Phelps probes with questions, and judging from the suspects' mannerisms and facial expressions, the player peg their answer as Truth, Doubt or Lie. Selecting a correct answer will net more helpful information; choosing incorrectly can derail a smooth investigation and will push players down a more time-consuming narrative path.

Feeling out honest answers and lies isn't as difficult as it sounds, as Rockstar's MotionScan technology, which is making its first appearance in LA. Noire, imports real actor's facial expressions and performances directly into the game. It might sound like a gimmick at first, but characters' emotions are surprisingly authentic, and traces of awkwardly angular polygons or forcefully animated emotions have been eliminated from their faces. There's complexity in NPC's reactions to Phelps, but the correct answers in investigations don't seem too impossible to determine if you've been paying attention to the clues.

Graphically, L.A. Noire is looking as slick as a 1940s mobster's haircut, and the “Red Lipstick Murder” investigations played out like a crime drama. However, L.A. Noire may have trouble balancing a player's patience to finish the game with the lengthened versions of cases that result from going awry in their investigation/interrogation answers. As it took a Rockstar PR representative who knew “Red Lipstick Murder” inside out 40 minutes to navigate a slice of the case, L.A. Noire might test some players' persistence with how long it could take to beat. This doesn't mean the experience will be boring. Players just can't expect to go flying into gangster Los Angeles with guns blazing.

Zombie Driver will be playable on PS5 thanks to backward compatibility

by SquallSnake on August 14, 2020
All PlayStation 3 owners that have bought any edition of Zombie Driver HD on the platform or if they added the game to their account through PlayStation Plus will get Zombie Driver: Immortal Edition for PlayStation 4 free of charge. Moreover, all current [...]

I ordered a used DSi and PS3 game from Gamestop. This is what I got.

by SquallSnake on May 10, 2019
I have heard mixed reviews when it comes to ordering used games and consoles from Gamestop’s website so I wanted to see for myself. Taking advantage of a limited time sale, I ordered a DSiXL, the one DS system missing from my collection, and a copy [...]

by SquallSnake on January 30, 2019
Starting in early February, Sony will be expanding the cloud storage space from 10GB to 100GB for PS Plus members. With cloud storage, players can save game progress and character profiles on one PS4 system, and then continue the game on another system [...]
Comments
Leave a reply