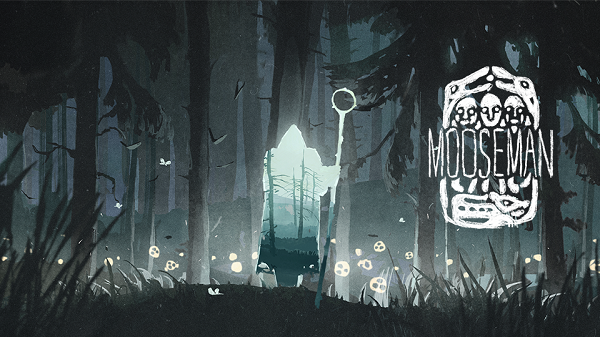 Though it's full of impressive homages to a bygone culture, The Mooseman stumbles as a game, favoring education and presentation over interesting gameplay.

You Snooze, You Moose

Between the Nintendo Switch and PS4, indie developers have more opportunity than ever to get their games in the hands of eager console gamers. When we’ve exhausted ourselves with the latest Battlefield title, or the newest FIFA update, the indie developers are there to pick up the slack in between huge AAA releases from the big companies, giving us experiences that are fresh and engaging, and to me, it always feels like indie games are more inspired, more compelled to teach gamers something or take them on a journey they’ve never been on before. The Mooseman, the first title by Russian developers Morteshka, is no different.

In The Mooseman, the player assumes the role of, you guessed it, the Mooseman, a mysterious and staff-wielding individual who can see the unseen, things hidden to the mortal eye. He embarks on a trek through the three levels of the universe, and along the way there are different artifacts to find and different myths to explore. All of this is set to music that is inspired by the Komi people of Russia, and an art style that takes cues from traditional Perm animal art.

Though billed as a puzzle adventure game, be forewarned that this adventure is short and slow-paced, to the point of being boring at times. The Mooseman can’t run and can’t jump, he can only walk, allowing the gameplay to focus on the light puzzle mechanics that come from being able to switch between the mortal world and the spirit world at the tap of a button. A giant boulder in the mortal world may actually be a huge worm in the spirit world that can follow you at a slow slither, moving the boulder along with it. Snapping back to the mortal world will stop the boulder and allow the Mooseman to walk on it and reach higher ledges. Can’t find a way across a rocky pit? Switching to the spirit world might reveal a bridge. So on and so forth. These puzzles never struck me as too complex, and if the solution wasn’t immediately obvious in the mortal world, tap that button and it should be clear. There was thankfully some variety in the setting, including a haunting cave and a particularly memorable excursion in a snow-covered world, but the variety did little to make up for the fact that the game is short, with my first playthrough clocking in at just over two hours after looking for every artifact and reading every myth.

Surprisingly, especially given the genre, this is a game that is very focused on its lore. As the Mooseman strolls through the world’s three levels, there are statues stuck in the ground. When he passes them, their eyes glow, and one of a few dozen myths are translated and able to be read in the pause menu. These myths tell exhilarating stories of heroes and monsters, and I began to look forward to walking past those statues so I could read the next one. They’re made even more engaging by the fact that they are real myths from the finno-ugric tribes of Russia, and I found that I was able to appreciate the opportunity to learn about a culture that I was not previously aware of, a sentiment that carried over to the artifacts. I can hear you asking, what are the artifacts? I’m so glad you asked. Although this is a linear adventure, there are artifacts hidden in the world, usually just off-screen. Once their rainbow icons are found, they are added to the artifacts menu, where they can be perused at your leisure. The (incredibly cool) catch is that all the artifacts are based upon real artifacts that are displayed in various museums, as noted in their in-game descriptions. The attention to detail and reverence that Morteshka shows for these cultural artifacts and myths is evident, and it really adds to the whole experience in a meaningful and educational way.

The sound and art design also deserve some extra praise. The score, heavily inspired by Komi folk music, sets the mood perfectly, and I found it fascinating that the developers were able to meld artistic elements from a few different pagan Russian traditions to create a design that seems so cohesive. Not enough can be said about the art style, and how gorgeous it is. In the mortal world, the dark color palette is often breathtaking, from the backgrounds to the character design and even the animations. When the Mooseman enters the spirit world, however, there is suddenly splashes of white, the most immediately noticeable of these being the skull that the Mooseman dons while in this world. These splashes of white have a serene, hand painted quality about them, and I would frequently jump back and forth between worlds to see what extra designs were added to the world that I could not see in the mortal world, whether it be firefly-like creatures buzzing around or stars that illuminate the dark sky. This was hands down my favorite design aspect, and I wish that Morteshka had put as much effort and attention into the actual gameplay as they did with the educational elements and the art and sound design.

Although it might not have all of the aspects that gamers expect out of traditional games, The Mooseman still has merit as an educational and artistically impressive experience. Perhaps there will be future projects where Morteshka and publisher Sometimes You are better able to balance their excellent artistic sensibilities with more engaging gameplay mechanics. For now, we can dive into a slow-paced and sometimes plodding adventure that manages to blend educational aspects with a wonderful presentation, available now on Steam for $6.99, July 18th on PS4 and Xbox One for $6.99, and Nintendo Switch on the same day for $6.29.

by Grizz on January 18, 2021
There are so many types of games in the world, in no small part due to the fact that there are so many different types of people in the world. The term “there’s something for everyone” really does apply, from the hardcore FPS gamer to the casual gamer [...]
comments
Leave a reply