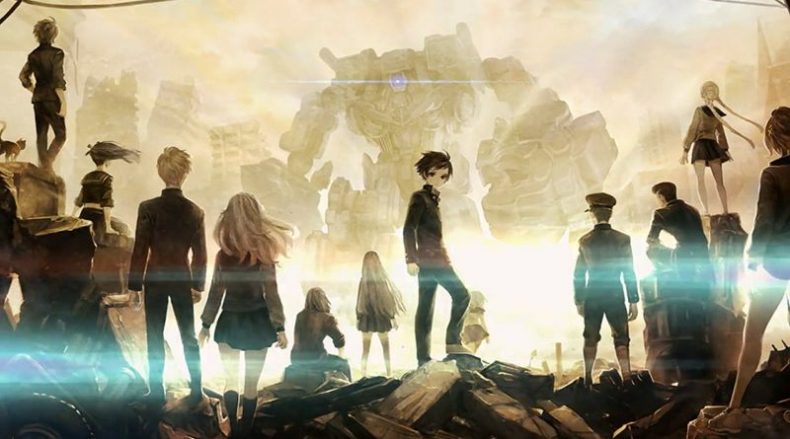 Deep narrative filled with tons of characters and dialog
Game opens up after initial 3-hour tutorial, allowing players to focus on combat or story
No one does 2D art like Vanillaware

With a complex time travel-based narrative and tactical RPG combat, 13 Sentinels isn’t what you might expect from Vanillaware but still has that amazing, signature art style.

Vanillaware, known for developing games such as Muramasa: The Demon Blade, Dragon’s Crown, and Odin Sphere, has made a name for themselves through their always amazing 2D art and action-based combat. Their newest title, 13 Sentinels: Aegis Rim, retains their high mark for some of the best sprite work in the industry, but pulls back on the higher speed combat in favor of top-down strategy.  Even though this is a different approach from the Vanillaware norm, it still has that Vanillaware signature touch.

13 Sentinels is not only the deepest and most complicated narrative in Vanillaware’s library, it is one of the more detailed stories in recent memory.  Taking place in non-chronological order and involving complex time traveling elements, the story is rich but could deter players looking to simply hop into a good fight. The opening three hours acts as the tutorial, slowly getting players versed in the wide cast of characters, their backgrounds, and how to navigate combat scenarios.  There is a lot going on here which is why the game takes hours to dig in its hooks.

Luckily, once those hooks snag you, they don’t let up. After the opening segment is completed, the game unlocks itself, letting the player enjoy the segments they want to play. If you want to continue the story and essentially play a digital novel, then click on the narrative section. For the fans who enjoy the combat and don’t want to mess with the wordy story, then just fight in those battles, level up, and grow your team of 13 sentinels.

The narrative also takes a different approach as the player isn’t locked into endless text bubbles, simply mashing a button to read the next block. Instead, the game introduces each character with their own scenario that eventually start to really merge together in a payoff.  Here, players control each character and move around an environment, talking to NPCs to advance the plot. On occasion, words highlighted in green can be logged into a queue by pressing the triangle button. Once these words and terms are collected, they can be used on other characters or objects to unlock that necessary but sometimes optional new piece of information. It might sound tedious on paper but in practice it creates detail and gives the player a worthwhile excuse to explore each confined environment.

When first starting, the player is thrown into the middle of everything to purposely create some “huh, what is happening” moments.  Although it starts confusing, this form of reverse story telling eventually leads to “ah-ha” moments. This unconventional way to present a narrative deserves a lot of credit as it usually is only found in select movies. Without giving away spoilers, just know that there is a lot happening with the story too. The time travel touchpoints mixed with a large roster of characters with confusing and long names makes the plot complex but still entertaining. Be warned, there are plenty of text boxes here and the action that you might be used to when it comes to a Vanillaware game isn’t here.

Combat is also unexpected, especially for a Vanillaware game, as it mixes light real time strategy elements with tactical RPG combat.  The roster is ultimately composed of 13 anime characters in mech suits, only half the participants can join a single battle. Some specialize in close melee attacks, others long range, and others are great and covering distance. These are not typical tactical RPG battles either. Instead of simply attacking a single enemy with one action, these sentinels can spray machine gun fire, or launch a volley of missiles, to take out packs of incoming enemies in a single blast. Fighting mostly revolves around protecting a core long enough for it to warm up its EMP-like screen-clearing blast from a massive swarm of enemies.  Some enemies are weak but attack in huge packs, others have a ton of health, and everything in between. Due to the different enemy types, such as melee attacks not being able to hit flying enemies, it is important to balance the roster of sentinels.  However, the entire team will need to be rotated as each pilot gets tired after each battle and cannot be used once stamina has been drained. The only way to restore stamina is to have party member grab some bench, but this ensures the player will grow the entire rosters instead of spamming those same character loadouts.

No other developer does 2D sprite art like Vanillaware. Whether it is the characters or environment, everything always looks gorgeous and moves with fluidity. The exaggeration and emphasis in the art also creates that Vanillaware-vibe that fills the screen with personality. The only let down in the visual department are the actual enemies. Instead of fighting awesomely drawn baddies, the player literally shoots small, simple geometric shapes. These plainly colored squares do not represent menacing opponents by any means but allows the screen to be filled with them at any given time. The combat screen is often zoomed out so it is difficult to see any detail in this setting anyway.  It is also important to note that my early run of the game was in Japanese voices only but there is supposed to be a Day 1 patch that includes English voice overs.

13 Sentinels: Aegis Rim might not be what you expect from a Vanillaware title from a gameplay perspective but still contains that signature, eye-catching art style.  The tactical battles are satisfying and engaging whereas the story is way deeper and more complex that you think.  Vanillaware and Atlus also deserve credit for launching a new IP when most publishers and developers rely on sequels, especially this late in the PS4’s life cycle with the launch of the PS5 in just a couple months. This title isn’t expected and that is another reason why it stands out.

Atlus is also bundling a free digital artbook with pre-order purchase at launch.

Wait For It: the next Valkyria Chronicles

Editor in Chief - been writing for MG for well over a decade. Gaming enthusiast. Hater of pants.
You might also like
AdventureFeaturedPlaystation 4ReviewsRPG
7.5

When The Past Was Around (Xbox One) Review

by SquallSnake on January 3, 2021
A point and click adventure without a single word of spoken dialog, When The Past Was Around is heavily based around a narrative dripping with emotion, sadness, and the difficulty of coping when someone close is no longer there. It touches on the topic of [...]
7.0

by gillman on December 25, 2020
It is odd that it seems that new content for Sam and Max only manages to come out as the old media is starting to fall into obscurity.  Although this time around everything came out as a remaster instead of some kind of new format that they seemed so [...]

by SquallSnake on December 7, 2020
Back in late 1997, N64 owners were playing GoldenEye 007. Rare’s smash hit proved that first person shooters could work on a console, even on one that had a goofy 3-pronged controller. Even though it was released well after the launch of the film, it [...]
Comments
Leave a reply

by SquallSnake on January 26, 2021
Developer Amicable Animal and Publisher Armor Games Studios announced the release of SOLAS 128 on PC and Nintendo Switch. Available on Steam and Nintendo’s eShop from today, SOLAS 128 is an exquisitely crafted puzzle box, filled with over [...]
11