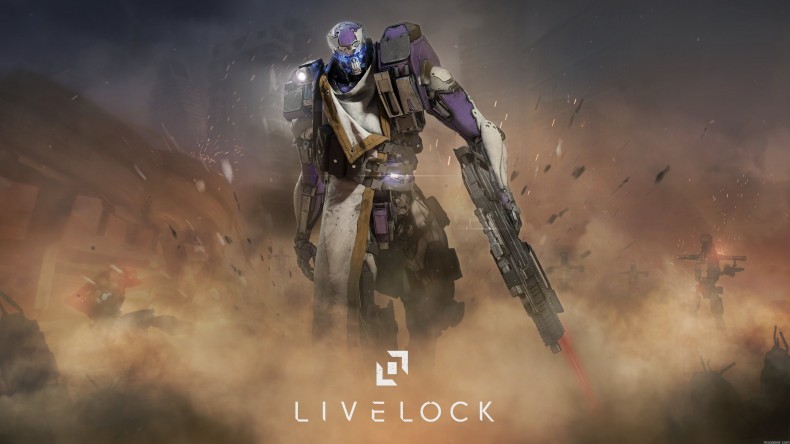 The tone achieved by Arc Game’ LiveLock sold me faster than any other title in recent memory. It feels like playing a 90’s robot-epic from the get-go thanks to an extremely well-designed world, soundtrack, and characters. But tone alone can’t keep a game afloat. Livelock delivers competent twin-stick gunplay, made unique by a 3-character class system, interesting enemies, and the multitude of co-op tactics made possible by balanced class abilities. 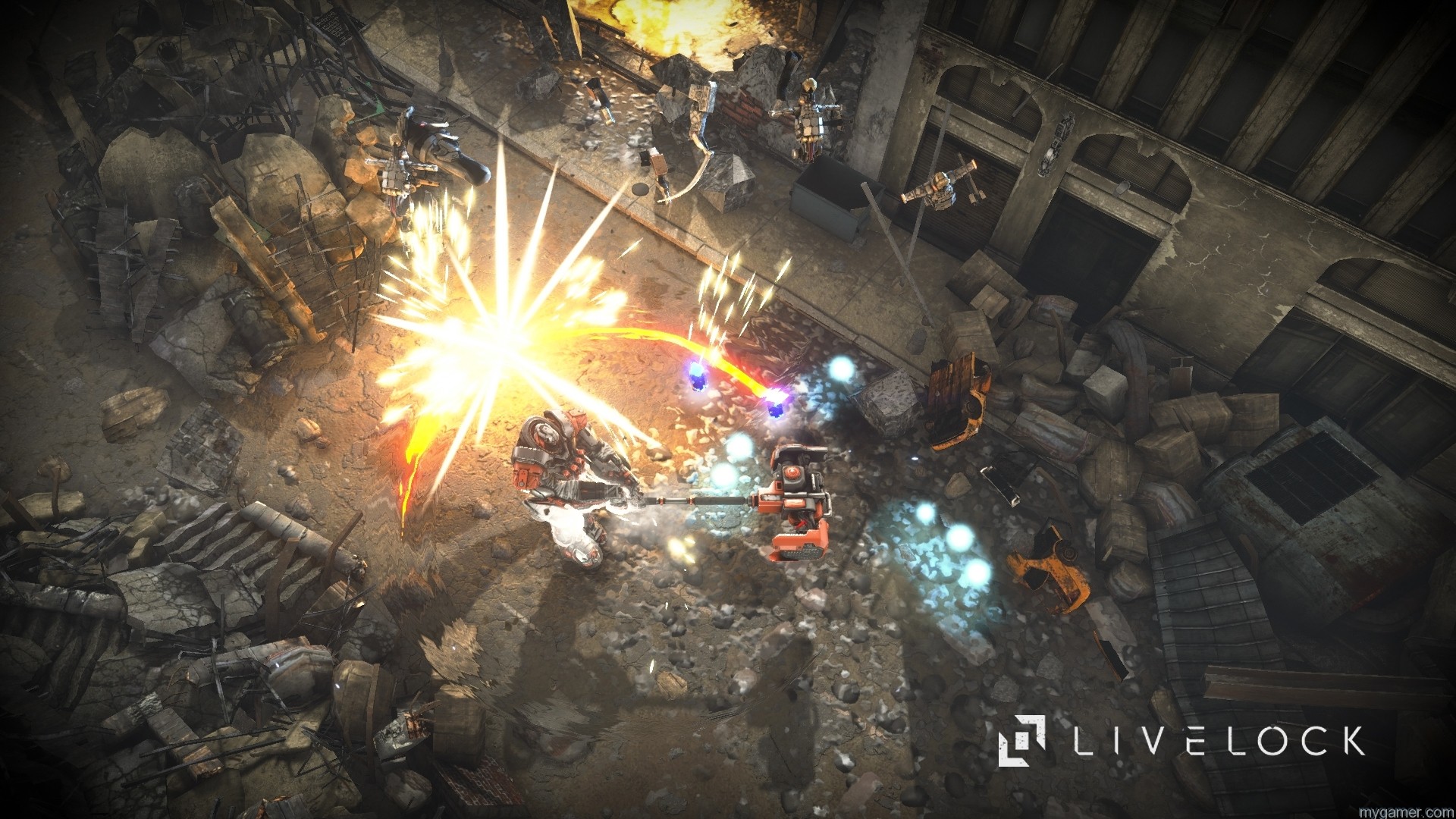 LiveLock fantastically spices its typical sci-fi narrative with its excellent tone. Despite the self-aware humor of its reveal trailer, much of the campaign actually feels quite serious: Humanity has nearly succumb to the will of machines, leaving Earth’s cities tattered and its population near extinction. Its last hope rests in three humans, known as Capital Intellects, who have been fused with powerful, robotic bodies, to stop the Collector and his machines who are bent on ultimately terminating mankind.

Protagonists slip in a few jokes here and there but supporting characters regard Earth’s condition with somber words. In fact, tone reminded me very much of Beast Wars and Transformers Prime – two kid’s shows that include plenty of humor but simultaneously manage to dabble in deep, mature themes like loyalty, betrayal, free will, and temptation.

The three character classes can join forces online to make for a powerful trio. Vanguard can tank ahead of his team with his melee arsenal and huge health meter while Hex provides supporting fire with his ranged attacks and firepower. Catalyst provides healing and drone support to the team, making sure players stay in the fight but also bringing her own deadly punch to the fight. Each character features a small arsenal of abilities, weapons, unlocks, and customizations that keeps playing as a single class across several missions engaging, even when solo. The interplay of the three-player team of LiveLock brings challenging interplay to the table and helps distinguish it mechanically from other twin-stick shooters’ typical four player co-op. The trio play lends itself to having tighter, less chaotic battles than I’ve often seen in similar four-player settings. Simultaneously, I feel somewhat disappointed to think that it may mean that we won’t be seeing any added characters through DLC.

Gameplay is fast and challenging with huge, diverse mobs enemies pursuing characters at once. While a regenerating health bar makes recovering from a fight easy, surviving encounters is another story altogether. Bullets are often slow enough that they can be evaded and most enemies have manageable tells. Still, enemies can overwhelm you easily when they approach in hordes, particularly when their own classes are well distributed. 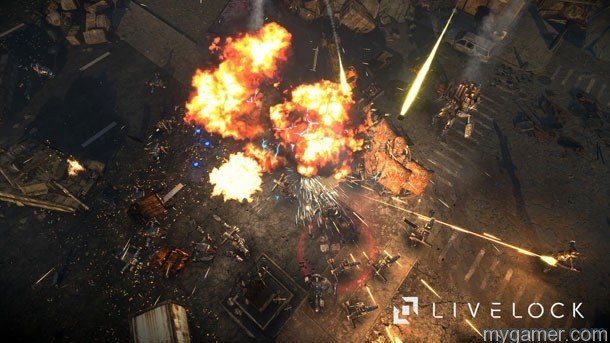 Luckily, every character comes with a dodge/roll ability, a secondary melee attack, and a sprint function that make managing the battlefield fluid. These swift movement mechanics further distinguish the game from games like Hell Divers – a brilliant game in its own right – by allowing an emphasis on individual skill and dexterity overstrict player coordination; it’s particularly notable in single-player: if the rest of your team dies in Hell Divers, you run and must call to revive them or risk being overwhelmed by an enemy swarm. Here, you have a chance to solo groups of enemies by avoiding damage and managing your abilities. To further boost crowd control, enemies sometimes drop overclock pickups which trigger one of many passive abilities. Some boost critical damage or melee, others grant invulnerability and faster fire-rates; the mechanic goes a long way toward keeping you in the fight and encourages players to risk overwhelming odds.

Each character’s loadout can be customized in the game-lobby. You start with basic weapons but whose stats can be upgraded as you collect currency. Leveling up by completing missions unlocks abilities and alternate weapons. The unlock system, however, is linear, giving you access to new loadout options that aren’t necessarily more powerful than what you previously had access to. Unlockable weapons and abilities actually felt more like gated content than anything: it felt arbitrary that I was stuck using Vanguard’s fists early on when I knew I’d later unlock his axe – my preference – that wasn’t any more powerful yet several levels away. The unlock system feels impersonal and prevents players from personalizing their character until they’ve basically reached end-game for no apparent reason.

Watch Editor-In-Chief Zack and Editor Gillman play through some LiveLock through the stream below:

A few “firmware” drops let you customize your suit’s color scheme, head, and cape but are rare drops. Many times, you’ll wish to customize between levels to equip a new skin or upgrade a weapon. Doing so requires players to leave their current game and return to the lobby. Adding in a loadout screen between levels could’ve gone a long way toward keeping players focused in the game and saved the trouble of having to rejoin constantly.

The game world is highly immersive, bringing the post-apocalyptic landscape to life with destructible structures, pushable weighted objects, such as ruined cars, loose wires, and rubble, and highly detailed textures. One enemy type which summons debris to form a shield was particularly awesome to fight. The levels themselves are sprawling and well-designed, featuring clear indicators toward your objective but boasting plenty of secrets that make exploration worth your while. They’re also very distinct from one another even though they’re mostly centralized in a destroyed city. The enemy designs are some of the most original I’ve seen in a long time. Most have familiar quadruped or humanoid features but feature sleek yet disturbing alterations with the influence of Giger’s biomechanical creatures. Really, they’re some of the best creatures designs I’ve ever seen in a game and add a great amount of enjoyment to the discovery of each new enemy type. 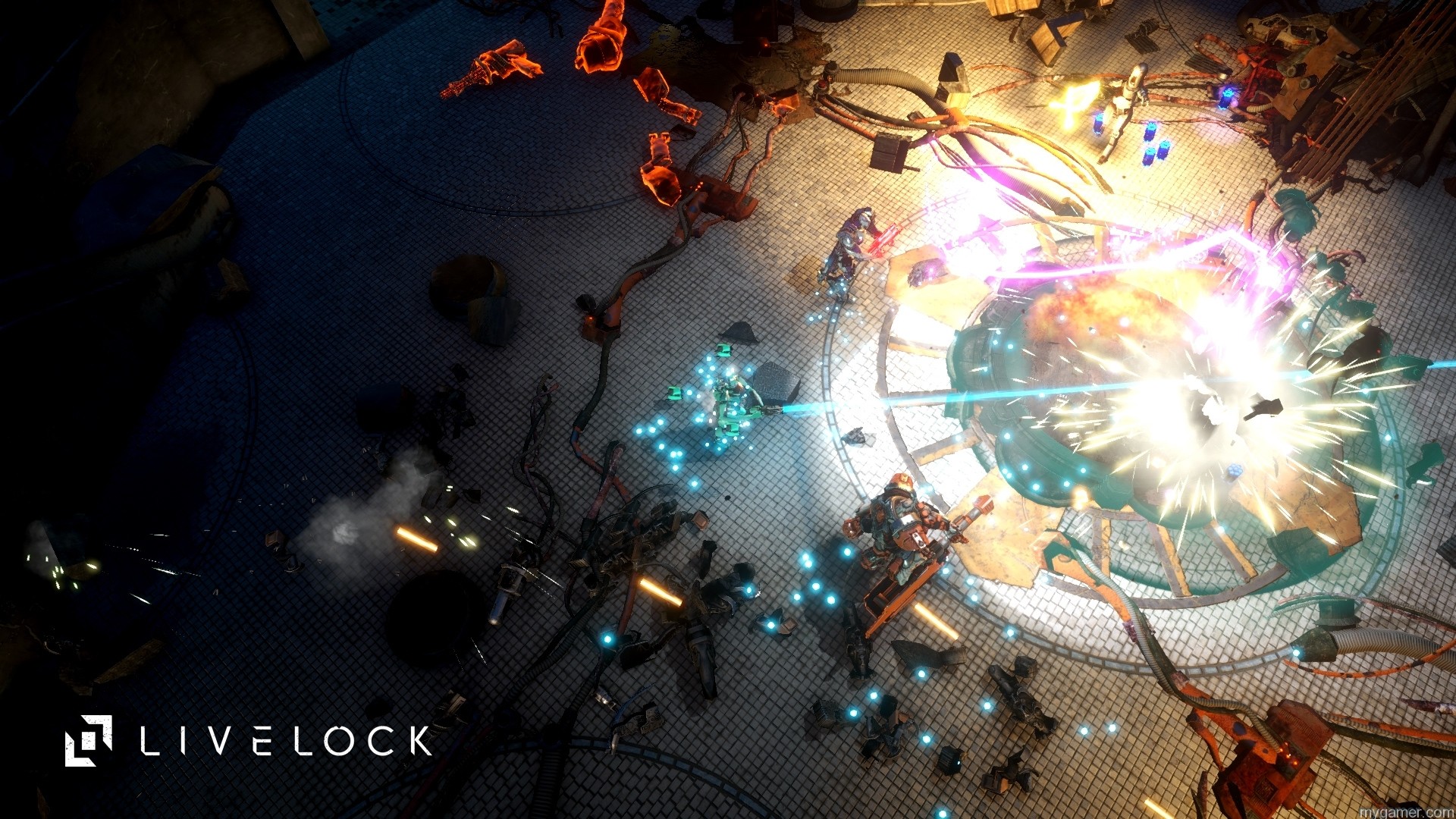 Finally, the atmospheric score and dynamic sound effects bring the game world to life beautifully, emphasizing the bleak horizon and toppled cities and the incredible weight of the world’s metallic inhabitants. The great ambient guitar-centric score recalls 1984’s Terminator and the original Starcraft, giving everything about the game world a nostalgic, inviting feel while remaining wholly original. The voice actors in the game also did an excellent job, communicating character’s ambitions and demeanor all within their first few lines.

LiveLock is all around an impressive production, particularly with its launch price of only $19.99. If you didn’t grow up with Beast Wars or Transformers Prime, you might not take to the title as quickly as I did. However, the gameplay itself is fun and mechanics varied enough that a good hour of play should be enough to win most players over.

(MyGamer also received a code for the Xbox One version. If we feel there are significant differences between the PC and Xbox One version, we will cover those in a separate article. If not, consider this our finalized review.)