by SquallSnake on April 20, 2020
Switch
27
0
previous article
Active Neurons (Xbox One) Review with stream
next article
Xbox games on sale for the week of April 21, 2020 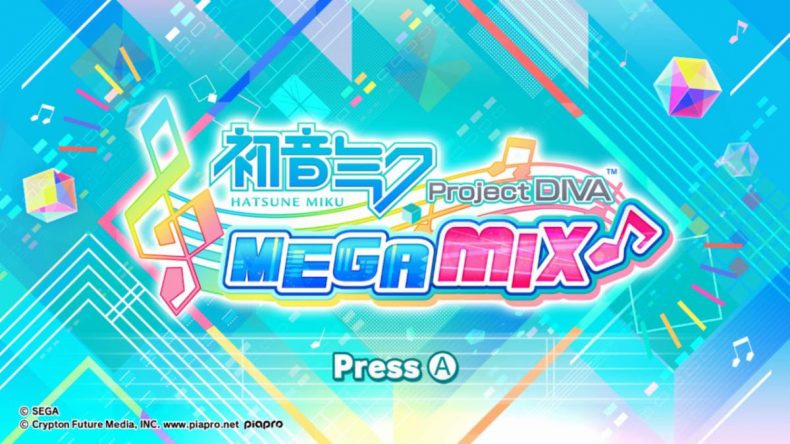 Digital pre-orders are available now on the Nintendo Switch eShop for both a base version ($39.39 – pronounced ‘Miku Miku’ in Japanese) and ‘Mega Pack’ ($59.99). The ‘Mega Pack’ comes with 6 DLC song packs, each containing 6 songs, for a total of 36 additional songs!   After the game launches, the 6 DLC packs in the ‘Mega Pack’ will also be available individually ($6.99 each) or in a bundle containing all 6 packs ($29.99).   All pre-orders come with a 4-song ‘Theme Song DLC Pack’ containing playable versions of theme songs from previous Project DIVA titles. For anyone who misses out on pre-ordering, the ‘Theme Song DLC Pack’ will be available free for all players beginning on 6/12:

Mix It Up Today in a Free Demo!

A demo of Hatsune Miku: Project DIVA Mega Mix is now available on the Nintendo Switch eShop. In this demo, you can try out two songs, Arifureta Sekai Seifuku and Romeo and Cinderella in either the traditional button-based ‘Arcade Mode’ or the all-new motion-based ‘Mix Mode.’ You’ll also have a chance to play with the game’s customization options before the full launch on 5/15 – choose between three modules for Hatsune Miku, or change your character skin to one of your other favorite Vocaloids, including Rin, Len, Luka, KAITO, or MEIKO.

Hatsune Miku: Project DIVA Mega Mix isn’t just Miku’s Nintendo Switch debut, it’s also a major milestone for the Project DIVA series, introducing a redesigned graphical style. Fan-favorite songs like Senbonzakura and over 100 others have been reinvigorated with anime-style graphics. On top of that, a selection of songs never-before-seen in the Project DIVA series have also been added for Mega Mix, so fans can enjoy playing along with even more of their favorite tracks!

Editor in Chief - been writing for MG for well over a decade. Gaming enthusiast. Hater of pants.
You might also like
NewsSwitch

by SquallSnake on January 26, 2021
Developer Amicable Animal and Publisher Armor Games Studios announced the release of SOLAS 128 on PC and Nintendo Switch. Available on Steam and Nintendo’s eShop from today, SOLAS 128 is an exquisitely crafted puzzle box, filled with over [...]
11