by SquallSnake on October 1, 2020
Switch
9
0
previous article
Here are the free PS4 games for October 2020
next article
Chicken Range is getting two Switch releases this holiday 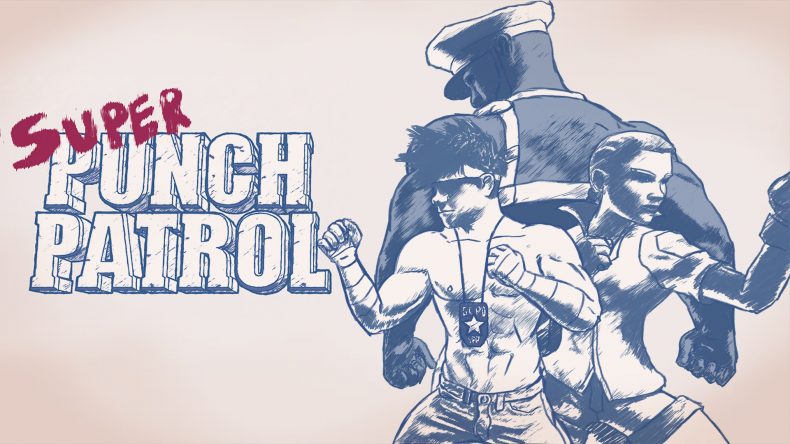 You’ll get your ass kicked in single player mode
Very simple gameplay - repetitive button mashing
Can be doing well, then one slip up could easily cost you a precious life

A low cost basic brawler with a really interesting and fluid visual style.

Horberg Productions, the small development team that created Gunman Clive and Mechstermination Force, has released Super Punch Patrol on the Switch eShop. Like these other cult favorite titles, this beat’em up brawler features simplistic gameplay, a ridiculously smooth frame rate, and an inexpensive purchase price.

Super Punch Patrol is a basic go-to-the-right-and-punch-anything-that-moves 2D side-scrolling brawler. Honestly, it isn’t anything you have not played before as it is a Final Fight clone, but still offers some moments of thoughtless fun. There is no online multiplayer but two-player local co-op is available, along with a roster of three playable fighters that have their own slightly different fighting style. The basic attack can be paired with a jump, there is a dash move performed by double tapping, and each character has a super move that can be used at the cost of losing some health.  All the standard brawler mechanics are here including the repetitive enemies and their annoying pincer attacks.  Even the enemy names repeat and stage ending boss battles are pretty tough and employ some cheap tactics.

The main attraction is the pencil sketch drawing presentation. As if looking at the doodles scribbled in the corner of your high school notebook, everything is composed of really interesting line drawings. Although presented from a 2D perspective, all character models and parts of the environment are actually 3D which is why it looks so cool.  The buttery smooth 60fps also helps create this stunning effect and looks great in motion. Color is also limited but plays an important role. Anything helpful is blue including cake that restores health, bad guys are red, and the environment is simple black and white. This emphasizes the interactivity of gameplay and generates this eye-catching effect.

As nifty as the visuals are, the gameplay is plain and tasteless at best.  Even though there are attempts to spice up gameplay, such as the inclusion of TMNT-like hoverboard stage, the player is mindlessly punching everything without purpose. In fact, there is no story whatsoever. The game just starts without providing any reason why the player needs to mindlessly attack hundreds of enemies.  At least the Double Dragon brothers were trying to rescue their girlfriend and Hagar wanted to fix a gang problem.  Weapons, like a pipe or knife, occasionally are dropped from enemies and provide a boost in attack but will only be durable for a few strikes. The single player mode also carries a high challenge. Giving it my all, I was only able to make it to level four before succumbing to game over, using one full continue on each stage. Losing all lives sends the player back to the beginning of that level which is also a bummer; a checkpoint system would have made the experience more user friendly. At least the continue screen, which I will not spoil here, is pretty entertaining. If you want to get anywhere, you need to play co-op and work together as the difficulty doesn’t scale when playing solo. The online leaderboards provide some needed replay value though.

It is hard to knock Super Punch Patrol because it only costs $5 and has a super cool visual style with wonderful frame rate. In fact, as simple as this game is, I still enjoyed it a lot more than the recent reboot of Battletoads (2020).  Despite not having much meat on the bone, brawler fans should still enjoy a mindless 30 minute romp especially if played with a co-op buddy.

Editor in Chief - been writing for MG for well over a decade. Gaming enthusiast. Hater of pants.
You might also like
FeaturedFightingReviewsSwitch