by SquallSnake on April 3, 2019
Switch
156
0
previous article
Xbox Deals with Gold for the week of April 2, 2019
next article
Smoots World Cup Tennis looks like Mario Tennis with Miis on Xbox One - trailer here 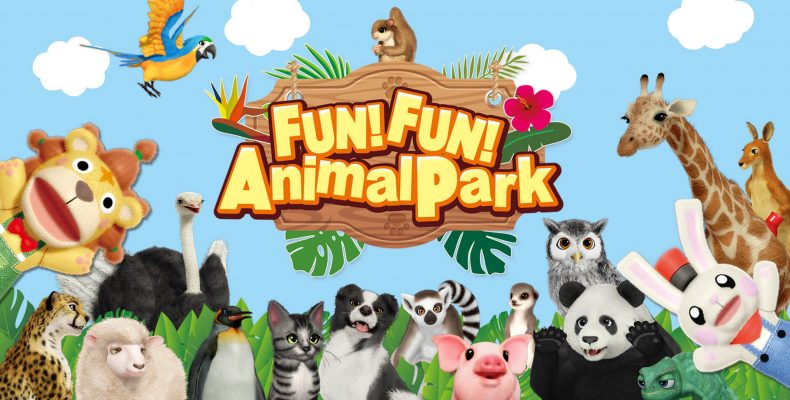 A mini game compilation that takes all the fun out of everything.

Not Fun! Not Fun! Animal Park

Fun! Fun! Animal Park is a Switch mini game compilation that is based around animals you might see in the exotic section of a zoo: penguins, pandas, meerkats and even giraffes.  Clearly designed for a younger audience, the overall theme and gameplay is kid friendly but the overall fun factor for anyone over eight will find the entire experience annoying and boring.

With no Pro Controller support, each mini game is designed to work with the motion controls of a JoyCon.  Instead of button mashing, each game has the player flicking or sweeping a single JoyCon slowly or as fast as possible depending on the game.  However, most games are pretty much the same thing only with a slightly new coat of paint. For example, Meerkat Ring Toss, in which the player flicks the JoyCon as if throwing a Frisbee, is essentially the same as Giraffe Ring Toss only the player throws a ring of flowers on giraffes instead of meerkats. Zig Zag Piglet Race has the player moving the controller left or right to avoid obstacles and Doggie Catcher uses the JoyCon to throw a Frisbee to have a dog catch it. Owl Watcher has the player flick the JoyCon in the direction of the owl’s vision. As another example, there is a penguin curling game in which the player thrusts the JoyCon to bowl a penguin down a lane and then sweep back and forth just like Olympic curling. Some games are faster paced than others but all games only last about a minute and the player is forced to sit through load times that are longer than actual gameplay.

In addition to annoying load times, the entire interface is so hilarious bad it is amazing something like this ever got the green light. What makes this game “stab yourself in the face with a rusty screw driver” horrible are the stupid Muppet announcer hosts.  Not only is their dialog piss awful, the voice acting is worse than the original Resident Evil.  When they say things like “oh, I am so excited” and they literally scream the word “roar”, the player is left to endure what could very well be the most annoying video game narration of all time. Worse yet, this entire Muppet interface could have been eliminated all together and replaced with a streamlined menu UI.  This would have probably made the game load faster and wouldn’t have been brought down with the ridiculousness of the unnecessary hosts. The game actually makes the player sit through an imaginary car ride before being allowed to play a game.  The designers knew this “feature” was stupid when they programmed it so they literally included a fast forward button that makes the announcers sound like the Chipmunks… the player actually has to wait for the game to fast forward as opposed to be skipped entirely.  Nothing about this makes any sense and stands as one of the most confounding design choices I have ever seen.

Even if the entire UI was overhauled, it still wouldn’t make the gameplay any more fun.  Waggling the JoyCons simply isn’t entertaining and doesn’t require any skill. When the game is loaded for the first time, the player is required to play several mini games in a multiplayer setting before the main menu becomes unlocked.  What if the player only had one JoyCon?  What if there wasn’t another player around?  Once the meat of the game becomes available, the single player games are extremely limited and repetitive in comparison to the multiplayer offering.  But no one in the right mind would want to play any of these games for fun by themselves, especially when the only incentive is simply earning a new high score.

The only way Fun! Fun! Animal Park would earn a recommendation is if the player wanted to witness some of the worst narration in games. However, chances are, by the time you are reading this, I hope someone makes a YouTube video of these dumb Muppets for all the world to see because it is rather impressive for all the wrong reasons.

Play It Instead: The Art of Balance

Wait For It: Clubhouse Games 2

Editor in Chief - been writing for MG for well over a decade. Gaming enthusiast. Hater of pants.
You might also like
CompilationsFeaturedReviewsSwitch

by SquallSnake on April 2, 2019
Preserving History The SNK 40th Anniversary Collection is not just a compilation of games; it is honoring and preserving the history of a prolific company in an appropriate way. This package is a celebration of some of SNK’s earliest and noteworthy work [...]

by SquallSnake on January 10, 2019
The SNK 40th ANNIVERSARY COLLECTION will be coming to PlayStation 4 on March 19, 2019! Play over 20 games from the pre-NEOGEO days! Scavenge weapons and armor to fend off mythical foes in Athena,take enemies by surprise with multi-directional fire [...]
Comments
Leave a reply