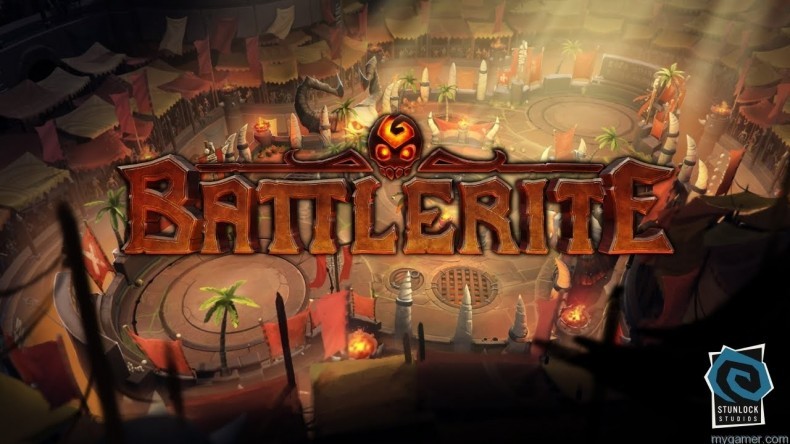 Battlerite is team arena brawler developed by Stunlock Studios. A clear evolution from the developers’ MOBA-minus-laning 2011 release Bloodline Champions, Stunlock continues to build on its meat and potatoes approach heroes-vs-heroes. Frantic online matches of 2v2 and 3v3 see players facing off in a medium-size arena, all abilities unlocked, no leveling in a Super Smash Brothers-esque 3-5 minute rumble. 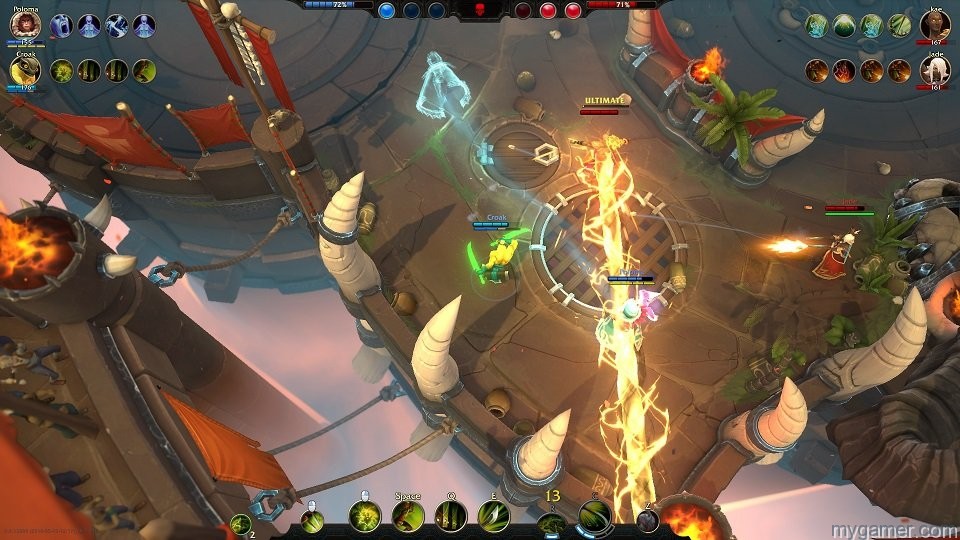 Players choose their champion at the start of a match without knowledge of the opposing team. Still, the selection process feels balanced as champions don’t have direct counter characters. Instead, gameplay focuses on strategy and execution to counter the opposing team. Your character’s ranged attacks may feel like a slow opponents bane at first but it may only take a slowing ability or a teammate’s flank to level the playing field.

Currently in its final stages of development, Battlerite stands out as one of the most polished Steam Early Access titles I’ve come across. From its character balance to smooth performance and blossoming online community, I found little other than the $14.99 entry fee that overtly made it feel like a BETA; the final version will be free-to-play but early supporters will get guaranteed access to later champion additions.

Battlerite is heart-pumping, explosive fun and action with a high skill cap. While it’s easy to pick up against computer players, your first PvP match will indeed educate you as to the breadth of time and talent this one’ll take to master. With everything seeming on track, Stunlock has its eye set on Q1 2017 for title’s the full release. I for one can’t wait.