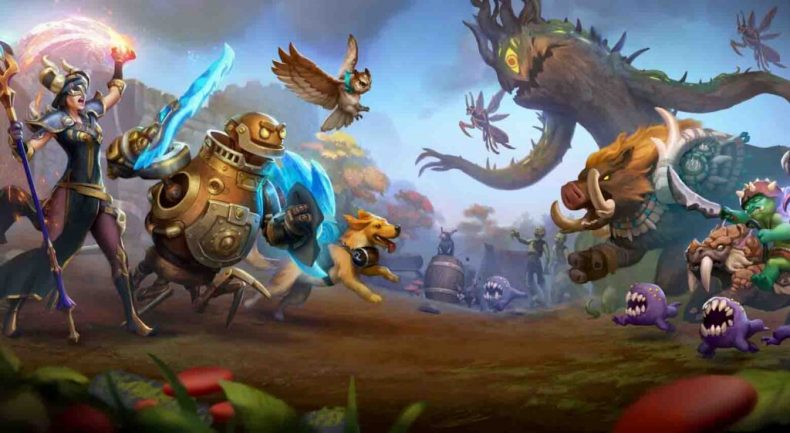 Perfect World Entertainment and developer Echtra Games announced that Torchlight III, the light-hearted and fast-paced dungeon crawler, has officially launched on PlayStation 4, Xbox One and Steam for $39.99. Torchlight III will also release on the Nintendo Switch system on October 22. As the latest installment in the successor to the ARPG cult classic Torchlight franchise, Torchlight III brings back signature mechanics that defined the series, like hack’n’slash combat and the beloved pet system, while offering an exciting new story line and features that appeal to a new generation of console and PC players.

“Torchlight III has arrived, and we at Echtra are beyond ecstatic for gamers to finally join the adventure,” said Max Schaefer, CEO of Echtra Games and co-founder of the Torchlight franchise. “Development on this game has had its share of twists and turns, but we think the end result was well worth the wait. A huge thank you to the fans who have patiently stayed with us through this journey. Your support means everything. Now go jump in and have fun exploring the Frontier!”

“Echtra has created a fantastic Torchlight experience that truly represents the studio’s creativity and expertise in the action-RPG genre,” said Yoon Im, CEO of Perfect World Entertainment. “All of us at Perfect World are proud of what the studio has accomplished. We have believed and supported Max and Echtra’s vision for expanding the Torchlight universe from day one. It’s thrilling to see this new adventure come to life in a way that lights up everything fans of the franchise love about the series, while ushering in a new generation of players.”

The whimsical universe of Torchlight is back in Torchlight III! It’s been over a hundred years since the events of Torchlight II, where the great heroes of Torchlight defeated The Dark Alchemist and sealed the Netherlord’s heart inside the Clockwork Core. The heroes brought peace to the world of Novastraia, but now the Netherim have returned and the Ember Empire finds itself on the brink of collapse. To save Novastraia, players have to gather their wits and brave the frontier as they search for fame, glory and new adventures to become the legends the world needs them to be.

Before their epic quest begins, players must create their own hero by choosing between four distinct classes: Dusk Mage, Forged, Railmaster, and Sharpshooter, five powerful Relics and a pet to accompany them on their new adventure: a fluffy alpaca, a swift owl or a loyal canine retriever. With 20 class and Relic combinations — each offering a unique playstyle — and a wide range of choices of where to place skill points at, players have the power to be the hero they want to be.

Longtime Torchlight fans will be happy to discover that Torchlight III features the same signature gameplay mechanics that set the original series apart from other ARPGs, including satisfying hack’n’slash combat, a charming and vibrant world, both online 4-player cooperative multiplayer and offline single-player, plus the beloved pet system. Torchlight III also introduces new features, such as three epic acts, unique Relic subclasses, fully customizable forts and a challenging end-game experience in “Fazeer Shah’s Dun-Djinn.” In addition, the game includes a multi-tiered “Contracts” progression system that lets players earn Fame and unlock elite items, along with a myriad of quests and boss battles. All of these features contribute to the epic return of the iconic franchise and an even more accessible adventure for new Torchlight players.

Below is a detailed list of features for the full release of Torchlight III:

Each version of Torchlight III comes with the following exclusive Fairy pet:

Torchlight III is the latest successor to the ARPG cult classics, Torchlight I & II, originally developed by Runic Games. This fast-paced dungeon crawler brings fans back to the beloved Torchlight universe to hack and slash their way through a brand new world filled with hordes of goblins, undead and other dangerous Netherim creatures. Adventurers can party up with friends or venture into the vast wilderness alone, where they will find loot, explore dungeons, collect epic gear and build their very own fort to show off to the world. Torchlight III features four unique hero classes (Dusk Mage, Forged, Railmaster and Sharpshooter), plus a myriad of new and familiar combat pets to help players fight their way to fame and glory.

Editor in Chief - been writing for MG for well over a decade. Gaming enthusiast. Hater of pants.
You might also like
NewsPCPlaystation 4SwitchXBOX One

by SquallSnake on January 22, 2021
Microsoft announced the following Xbox games will be free for Xbox Live Gold and Ultimate members during February 2021. Note, there are five total games this month instead of the normal four. Gears 5 ($39.99): Available February 1 to 28 Resident Evil [...]

by SquallSnake on January 22, 2021
Made by Peruvian developers LEAP Game Studios and Hermanos Magia, Arrog is going to be published by Warsaw-based Nakana.io on Sony PlayStation 4 & 5 on Friday, the 5th of February and will cost $3. The meaningful dreams of a dying person… Explore and [...]

by SquallSnake on January 19, 2021
Neko Ghost, Jump! is a puzzle-platformer in which you switch between 2D & 3D camera perspectives and between your physical & ghost forms to solve puzzles and combat enemies. Neko Ghost, Jump! will be released on Steam, Nintendo Switch, PlayStation [...]
Comments
Leave a reply