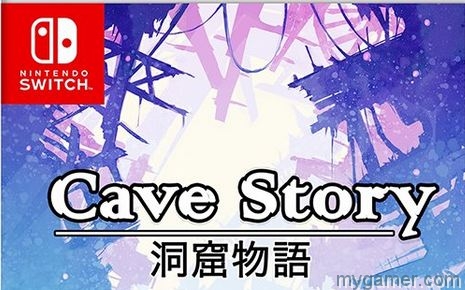 Map is a little difficult to use when not playing on the big screen
Not a true, definitive version of the game

If you never played Cave Story, now would be the time.

Originally starting as a freeware PC game made by a one-man team – Daisuke Amaya, aka Pixel, Cave Story has been ported to many platforms over the last decade. In fact, Cave Story was the first WiiWare game I downloaded back in 2010. Luckily, Cave Story is a game that is still fun to play today and has found a nice home on Nintendo Switch.

So what is the deal with this Switch version?  Well, Cave Story+ isn’t exactly the definitive version of the game as it is missing some features found in other versions but also includes some new stuff.  First, being on Switch, the player has controller and portability options. It is worth pointing out that the Pro Controller is compatible with Cave Story+.

Unlike the WiiWare version, there is no option to change between two graphical styles.  And to be clear, there is no 3D option like in Cave Story 3D on 3DS.  However, a benefit of Cave Story+ is having the ability to switch between four different musical styles.  Like switching between the “original” and “updated” graphics options in the WiiWare version, choosing one musical arrangement over the other is actually a difficult decision since each option sounds amazing.

The player can still unlock Curly’s Quest and there are multiple endings depending on decisions the player makes during gameplay.  This encourages multiple play-throughs and is actually a decent game for speed runners if you are into that. The Blood Stained Sanctuary mode is also for hardcore Cave Story players and reminds me of those ridiculously hard custom made stages in Super Mario Maker. 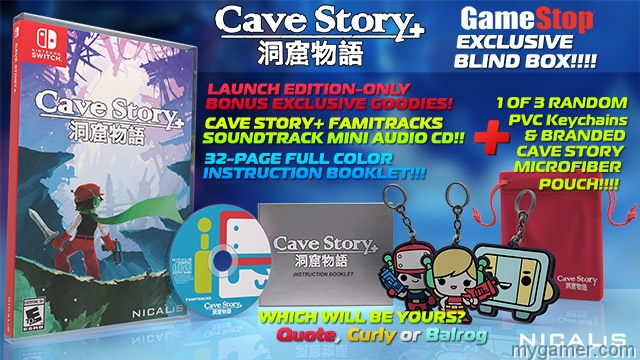 I guess my only real complaint with this Switch version is that the map can be a little difficult to read when in handheld mode; is not so much an issue when playing on a big screen.  I also noticed some other minor upgrades that new comers might not realize like.  Dialog boxes, for example, now contain some animation and adds even more personality to the game.  The Switch version also just seems smoother but this is most likely from the high def screen instead of the standard res Wii version in which I am most familiar.  The Switch version also gives fans a chance to own the game in physical format whereas most previous versions were digital only.

If you never played Cave Story before, this Switch version makes it easy for new comers to jump in and for fans to play at home or on the go.  More importantly, after all these years, Cave Story is still a fun game whether you are new or a longtime fan.

Not As Good As: a true sequel
Better Than: many other indie games that even have bigger teams
Also Try: Kero Blaster

Editor in Chief - been writing for MG for well over a decade. Gaming enthusiast. Hater of pants.
You might also like
ActionFeaturedReviewsSwitch
5.0