Yet Another Zombie Defense HD Xbox One Review 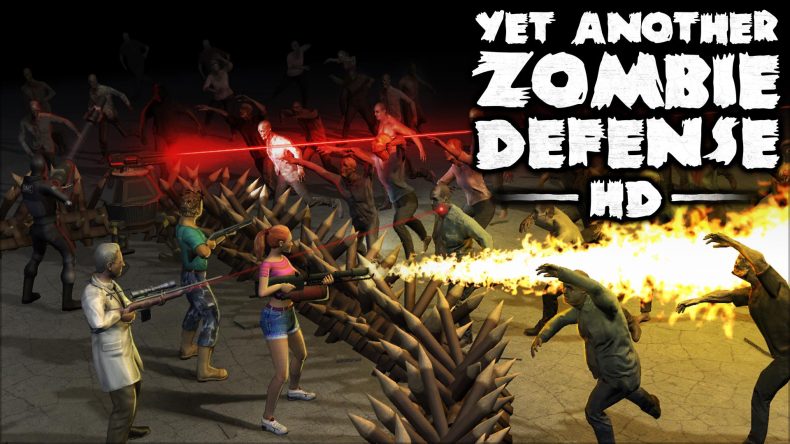 Yet Another Zombie Defense HD Xbox One Review

Music is repetitive and annoying
Only one drab environment

Originally released as an Xbox 360 Indie game in 2010, Yet Another Zombie Defense HD has now been re-released on Xbox One for the low cost of $5.  Outfitted with both local and online multiplayer, this survival action tower defense title provides entertainment value beyond its asking price.

YAZDHD is limited on presentation values but that is ok.  Taking place on a single, slightly scrolling screen, the goal is to survive wave after wave of zombie attacks by using weapons and setting up a defensive perimeter via simple twin stick controls.  Starting with a basic handgun, the player can earn new weapons, ammo, and different barricades by killing the relentless undead.  There is always something new to buy or perimeters to defend, keeping action with strategy always at the forefront. Unfortunately, the environment remains stark and unchanging, with only a single light pole in the middle to guide your bearings. Zombie blood eventually stains the floor which isn’t a bad effect.

Up to four players can ward off zombies together but the high score leaderboard is broken down by the number of players, giving solo players their own reason to survive. At the time of this review, online functionality was very limited and was unable to fully test it out. However, playing co-op does add another layer of strategy as funds can be divided between a balanced set of weaponry and defenses.  The twin stick shooter controls also make gameplay fast, fun, and easy.  Each wave gets progressively more difficult not only through the quantity of zombies but also their strength and speed can increase.  Every so often, the player will also gain a level in which stats such as health, reload speed, or movement speed can increase. There is always something to buy or unlock after every wave to make gameplay addicting.  Different types of zombies eventually make appearances as well, from zombies that look like the Flood monsters in Halo, and even demonized wolves that are difficult to take down.

Setting up a thoughtful defense is key to endurance.  Wooden defenses won’t last long but don’t cost much.  Automatic turrets will help thin the horde but carry a high price and require the purchase of additional ammo.  Rocket launchers are powerful but reload slowly.  Thanks to the wealth of available weaponry and defenses, each attempt is different than the last despite fighting in the same bland environment and shooting the same undead enemies. Enemies also attack the player with the same blind rage behavior; circle strafing the perimeter of the screen usually works well until you eventually start to get totally outnumbered nearing wave 10.

Although the soundtrack is rather limited and can get annoying with longer plays, there isn’t much to knock especially given the low price point.  While this isn’t Left4Dead3, YAZDHD is an entertaining and easy to play co-op experience.

Editor in Chief - been writing for MG for well over a decade. Gaming enthusiast. Hater of pants.
You might also like
ActionFeaturedReviewsXBOX One
5.0