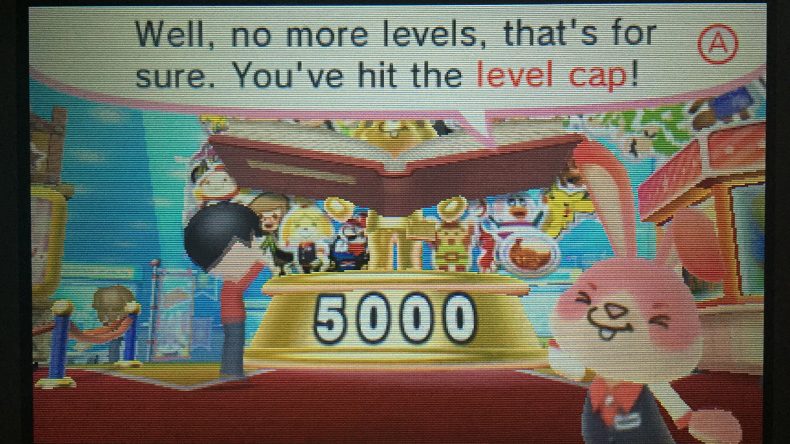 Originally released in 2014, the Nintendo Badge Arcade is a free to download app/game found on the 3DS/2DS eShop. Like the classic crane game found at carnivals and bowling allies, the goal is to hold the “A” button to position the claw grips, bomb, or poker, to snag Nintendo based badges. These badges can then be used to decorate the home screen of the system, some can even replace entire icons.

When the app first launched, players were awarded a free play for logging in once per week. Then, when the app stopped making new badges, the developers opened it up by giving players two free players everyday. Then, if the practice catcher is played, limited to once per day, then at least one more play will be granted. When lucky, the game would sometime reward players with an additional 2-3 plays as a super bonus, totaling 3-5 per day. Normally, the game charges $1 real world dollar for 5 plays.  However, if you milk the free plays like I did, then you can earn many badges if you have tenacity and dedication.

And that is exactly what I did. My daily ritual, which was completed almost everyday, is to come home from work and let the Nintendo Badge Arcade load while making dinner. Each day, the app needs to register that day’s badges so it takes a few minutes to log in. But if you put the system in sleep mode once it starts to download, it will be ready by the time you get back to it. It took about five years, logging in almost every day, but I finally hit 5,000 badges – the max level you can get. The thing is, there are still tons of badges I didn’t collect.

When the player hits a new threshold, usually each 1,000 badges, the arcade bunny acknowledges your accomplishment by building a bigger and brighter trophy on the main floor of the arcade. While my trophy was maxed out a while back, my level just hit 99 and can’t go any higher. However, the game still let’s me collect more badges if I want.

This is the short cutscene that plays after hitting the max level, level 99, by getting 5,000 badges.

So what do you think? Have you ever used the Nintendo Badge Arcade? Have you ever spent real money on it? Have you trying milking the system by logging in everyday like I have? Am I a total loser for doing this, or does it just prove my dedicated to Nintendo fanboyism?  Curious to know what you think.

In the meantime, the Arcade Bunny is in Super Smash Bros. Ultimate as an assist trophy – he sends down the crane on opponents. Also, the arcade bunny is probably the best new Nintendo character in the last decade of Nintendo’s history. He is funny, well written, and entertainingly animated. Seriously! He is awesome and want more of him in other games. @ me.

Editor in Chief - been writing for MG for well over a decade. Gaming enthusiast. Hater of pants.
You might also like
3DSBlogFeatured

by SquallSnake on September 1, 2020
Several months ago, I hit 5,000 badges in the Nintendo Badge Arcade. I pretty much been milking the free plays since this pay-to-play app was first launched in 2014. I did not spend a single cent in this app. Each day the player gets 2 free plays, then [...]

by SquallSnake on August 5, 2020
Currently available for 100 Platinum points via the My Nintendo website, this is a simple walkthrough video of the Famicom Memories 3DS/2DS theme. This is easily one of the best themes available on the Theme Shop.

by SquallSnake on August 3, 2020
Currently available for 100 Platinum coins via the My Nintendo website, this is a simple walkthrough video of the Animal Crossing: New Leaf – Isabelle at Town Hall 3DS/2DS theme.
Comments
Leave a reply

by SquallSnake on January 27, 2021
Sony announced the following games will be free for PS+ subscribers during February 2021. Destruction AllStars (PS5) Entertain the crowds by bringing controlled chaos to the vehicular combat arena of this metal-crunching multiplayer game*. Pick one of 16 [...]
20