by SquallSnake on June 19, 2015
XBOX One
54
1
Must Have!
previous article
Become a Fire Fighter in Rescue 2: Everyday Heroes Now Available
next article
Sony E3 2015 Summary - Everything You Need To Know 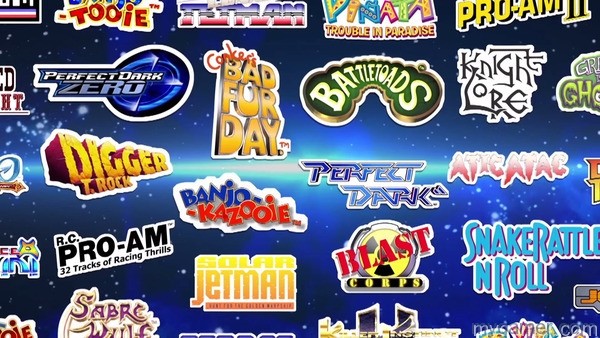 Contents
Must Have!
225
SHARES
ShareTweetGoogleDiggReddit
PinterestStumbleuponLinkedinDeliciousSubscribeXingFrype

One of the highlights for Microsoft at E3 2015 was the announcement of Rare Replay, a compilation disc containing 30 of Rare’s best games for the budget price of $30 for Xbox One. This compilation was created to celebrate the 30th anniversary of Rare.

Most of the games included span from the ZX-Spectrum through the N64 era. It wasn’t until the time Rare jumped ship to Microsoft’s Xbox did the quality of games start to decline, specifically with all the Kinect garbage. But early Rare games are very, very good. Here is a complete list of Rare Replay in chronological order.

One important fact to note are certain N64 games. Banjo-Kazooie, Perfect Dark and Banjo-Tooie will be the 360 re-release versions so look forward to the graphical upgrade. Perfect Dark Zero and Banjo-Kazooie: Nuts and Bolts will retain their online functionality as well. Other fan favorites, like games from the Donkey Kong Country series or Diddy Kong Racing, will not be included for obvious license issues. GoldenEye 007, one of the best FPS titles on N64, was specifically not included because Rare only wanted to include original games with original characters on their compilation. This disc will also have thousands of Achievement Points to earn. 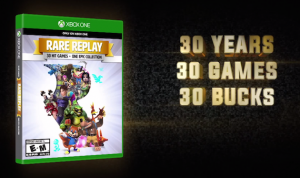 Other features will be included like a documentary video and the ability to tinker with certain visual effects like scan lines. A rewind feature is also planned.

Rare has created over 100 games in its lifetime but these 30 are fantastic picks. For $30, this Rare Replay is lining up to be one of the greatest compilations ever put together. Rare Replay will be released on August 4, 2015.

Editor in Chief - been writing for MG for well over a decade. Gaming enthusiast. Hater of pants.
You might also like
CompilationsNewsXBOX LiveXBOX One

by SquallSnake on April 3, 2019
Not Fun! Not Fun! Animal Park Fun! Fun! Animal Park is a Switch mini game compilation that is based around animals you might see in the exotic section of a zoo: penguins, pandas, meerkats and even giraffes.  Clearly designed for a younger audience, the [...]
9.0

by SquallSnake on April 2, 2019
Preserving History The SNK 40th Anniversary Collection is not just a compilation of games; it is honoring and preserving the history of a prolific company in an appropriate way. This package is a celebration of some of SNK’s earliest and noteworthy work [...]
comments
Leave a reply