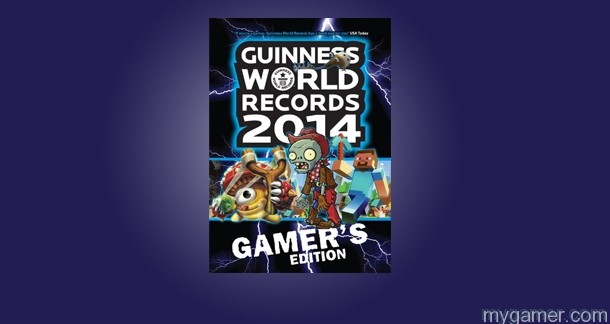 Focusing On the Big Names –

Another year has gone by which means new gaming records have been broken and created. Documenting this information, as usual, is Guinness with their 2014 Gamer’s Edition.

Use this link to read more about the 2013 edition. 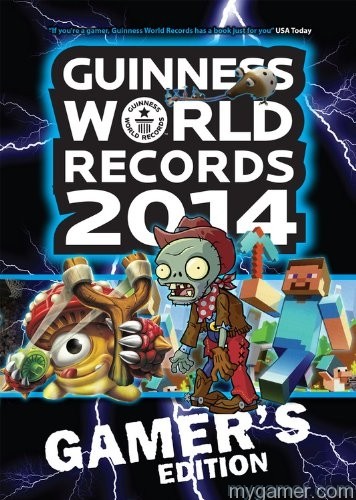 This 200+ page documentary is a quick read thanks to concise blurbs based around random gaming records.  Large imagery makes each two-page spread easy to understand but this year has a heavy focus on the biggest franchises in gaming.  Instead of listing a ton of fastest times and highest scores, the 2014 version put an emphasis on the records that each major franchise as set.  Each spread, for example, is solely based around various records that Call of Duty, Mario, and Pokemon have achieved throughout their lifetime. Not that this format is bad it is just that you probably already had a general idea about how big each gaming series really is. 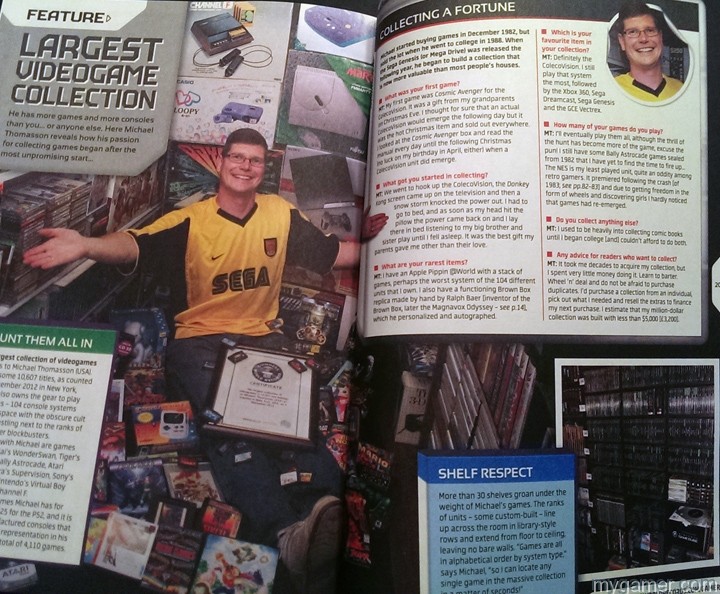 The largest collection of games evar!

Thankfully, the writers replaced the nonsensical character comparison of last year’s edition with a Jeopardy style question found on most pages in which the reader is tasked with naming the game via a simple clue.  Just like the rest of the book, the answers to these trivia questions mostly revolve around big, well known gaming icons and the average gamer will probably be able to easily answer most of them without a second thought. 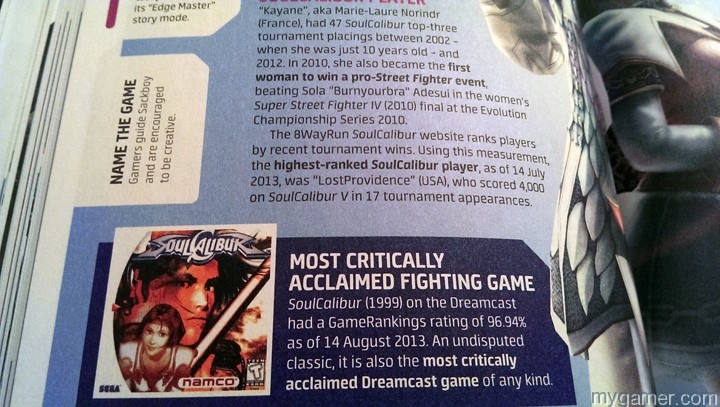 Also absent this year is the complete omission and acknowledgement of Twin Galaxies, the online record keeper of everything gaming related. However, the most interesting pages are not based around your favorite game series which the book so strongly pushes.  Instead, I found the offbeat records, like one collector’s massive video game collection found in the end pages (which was also highlighted in a recent edition of Game Informer magazine), or the “how to make money” segment that talks about professional gaming to be the most interesting.  Although it is still entertaining to read, everyone knows that CoD makes a ton of money with each launch, Angry Birds has been ported to everything with a screen, and Pokemon has invaded homes around the world.  So seeing these more unique aspects highlighted, like trying to make a living playing games, is refreshing and rather interesting. 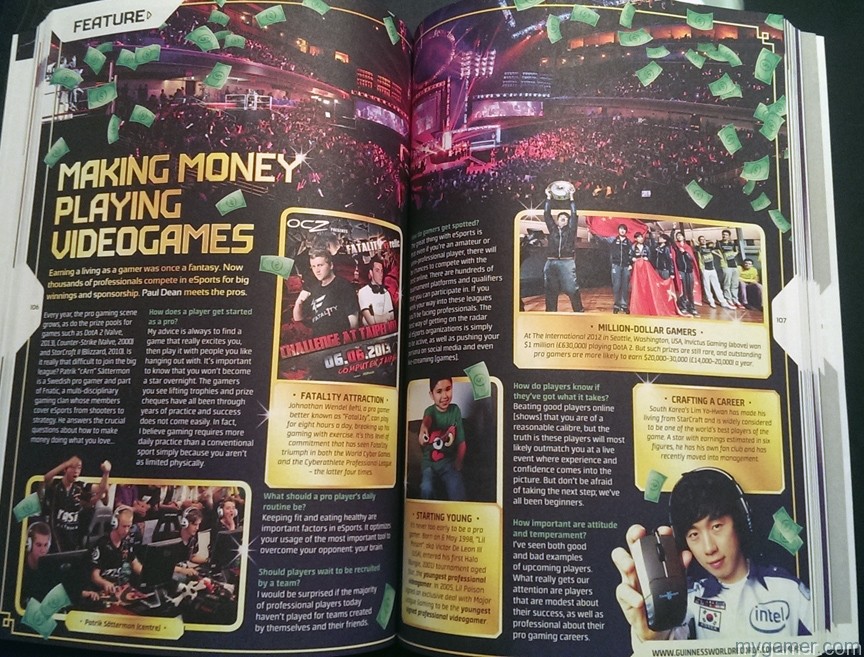 These articles are the most interesting

This book will look great sitting on any gamer’s coffee table and retails for around $15 although Amazon sells it for almost half that price. But considering the amount of content available in this condensed yearly publication, it has a worthy asking price and there are bound to be facts that any gamer will appreciate.

Not As Good As: Twin Galaxies
Not As Cool As: Setting your own record
Also Try: Twitch streaming

Editor in Chief - been writing for MG for well over a decade. Gaming enthusiast. Hater of pants.
You might also like
ArticlesNovelReviews

by SquallSnake on January 1, 2021
Come Write For Us! Did you know that www.mygamer.com is one of the oldest and longest running game related websites on the internet? It’s true! Back in 1996, the early years of the internet, e-gamez.com was born and focused solely on games. Shortly [...]

by Effexion on December 22, 2020
2020 has been a great year for gamers. With the launch of a brand-new generation of consoles, came some breathtaking games and fresh innovation as the gates open on a whole new world of possibilities. But what games really stood out from the rest in 2020? [...]

A thought on Re-releases, Remasters, and the Retro

by Staff on September 24, 2019
Nostalgia is, no doubt, one of the driving forces of modern gaming. Quite a lot of the most noteworthy games in recent years have drawn from this in some way. Classic characters star in new adventures, and spiritual successors can carry a legacy forward [...]
comments
Leave a reply