Sparkle 2 is one of four games released on the PlayStation Vita brought to us courtesy of the Finnish game developer 10 Tons Ltd. over the last couple of years. 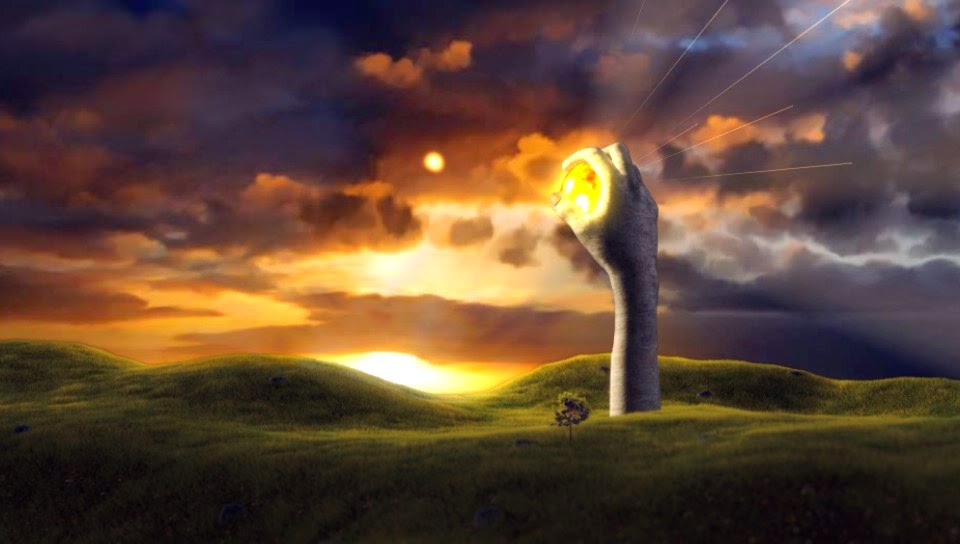 ​
The difficulty of the game certainly becomes quite a bit more noticeable as you progress. I steamrolled through the first two areas barely breaking a sweat, but in both the 3rd and 4th areas I have lost a round at least once. I would expect that trend to continue as I go towards completion.
Winning those I lost seems to have been only a matter of changing my strategy. By the end of the game, you are allowed to take four of 16 enchantments with you onto a level. The number of enchantment at your disposal you have obviously being relevant to how many you've unlocked. I'm currently at 9 unlocked, giving me two full enchantment options and 1/4 of the third. At this point it the game one needs to clear five levels to unlock the next enchantment. After each completion you'll see on the post-game screen a graphic showing you your progress. 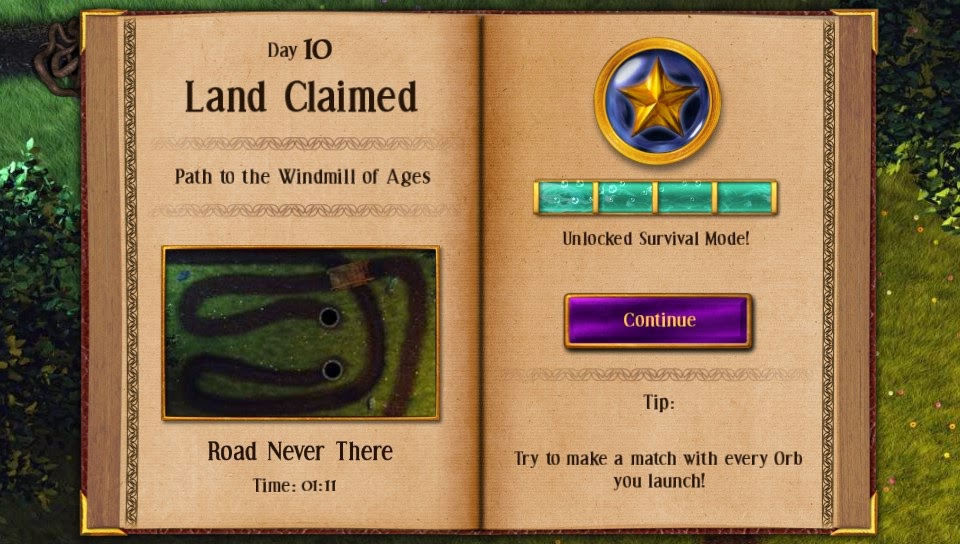 You'll also be allowed to select an enchantment that will cycle through the orbs from front to back, which may be the key to earning something like the combo chain of 24 which unlocks a trophy. Currently you can only swap between the first and second orb without the enchantment. Arming the enchantment will allow you to send the first orb to the back, bringing the second to the front, and sending the second to the back.
Something helpful I stumbled upon while playing is that if you want to have some extra control over where your orb will soar to, you can hold down on the touch screen and a directional assist will come up and move with your finger as you aim. Merely release your finger from the touch screen when you wish to and the action will be performed. I find it easier to just eyeball it without the directional assistant, but I'm sure some of you may find it handy in a situation or two. 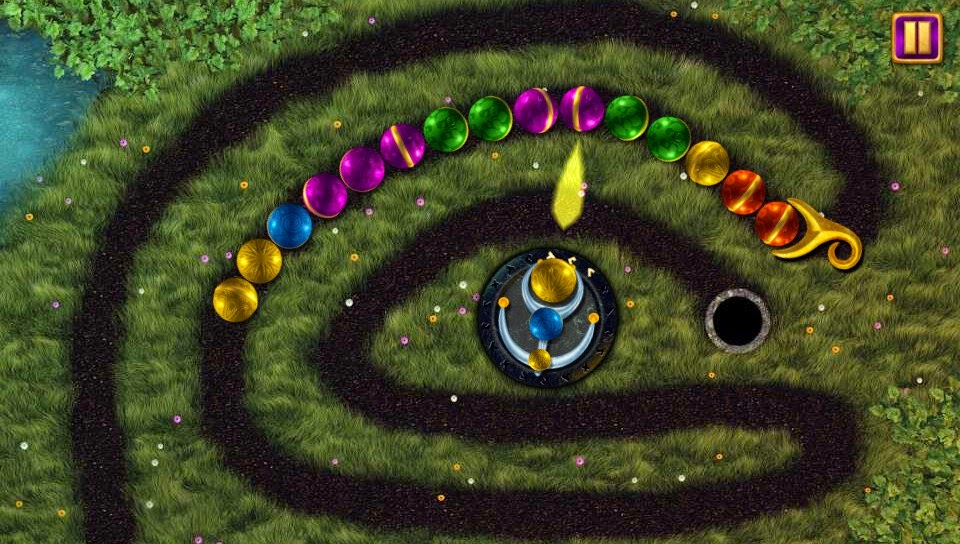 ​
As I mentioned earlier, Sparkle 2 has 5 game modes for you to peruse.

To refresh your memory, there are three various difficulties alongside challenge and survival modes.
According to the game's website there are nearly 100 levels to be battled through to come to the end in Story Mode. Playing each difficulty, Normal/Hard/Nightmarish, will net you a trophy up to a Gold Trophy, this in particular being the reward for the Nightmarish difficulty conquest of course. I'm fully confident in my inability to ever get that trophy!

Survival Mode has 32 stages for you to work on, earning 5 stars in each and lasting as long as you can. This section is where I'm most disappointed by the game and where I'l knock it the hardest. I see no reason to have a survival mode in this fashion where you can continue to play on past earning 5 stars, but having not even a little notification at the end telling you how long you lasted. I'd have been elated to see a personal leaderboard to track your time on and that's exactly what I anticipated seeing at the end, something like the top 10 scores for the board.

I can accept that they didn't want to do something like that, it could be too much work or whatever, but I don't feel that in deciding to leave it out they implemented what they did to the best of their abilities. I'd have been much more keen on seeing that the stars were spread out further apart and once you got the 5 it was over and you're sent to the mode's menu to carry on. It's still a survival mode, but it cuts out the unnecessary extension with no reward we currently have.

In addition to not having any reason to do anything after the 5 stars are achieved aside from letting the game end as quickly as possible, I have no motivation to replay the levels as I don't want to be tracking my own times with a stopwatch and a notepad.

Challenge Mode has 30 levels to its credit, each needing you to complete it 3 times. There's really nothing special about the mode to make any note of, its just replaying boards at random difficulties which isn't necessarily bad, but isn't very exciting.

If you're a trophy hunter I'd expect this game to be one you should be interested in. Through this point in the game I have over half the trophies without trying to get even one. I'm sure something like clearing the game on Nightmarish will be no fun task, but it'll be just about the only trophy you need to worry about in getting this game 100%ed.

This is a game I've actually had my eye on ever since it released as I used to play the Zuma series a lot back in the day, but I simply never got motivated to picking it up at full price with everything else at my disposal. I was hoping for it, or even its predecessor, to go on sale sooner or later so I could finally get myself over the hump and pick it up for my gaming enjoyment. Now that I have done so and my teeth are sunk into it I'm happy its everything I hoped for and more, even considering one certain aspect of the game really grinds my gears. Overall I certainly feel it has given me well more than what I paid into it and that I can recommend it to anyone for its full price, though I would hope you'd just run out and buy it now while its significantly discounted!

I've played for several hours and I'm not even halfway through the storyline nor have I much more than just brushed the surface of the other game modes, something that will surely change soon enough. Sparkle 2 won't be able to last me forever, but when all is said and done it'll have lasted me long enough to both make me satisfied with it and hope there is a Sparkle 3 out there somewhere on the horizon. *cough*With leaderboards.*cough*
You must log in or register to reply here.
Share:
Facebook Twitter Reddit Pinterest Tumblr WhatsApp Email Share Link
Top Bottom