Japanese Mario 2 aka the Lost Levels

There is a reason why this game wasnt released to America. It is way too hard and gamers would be super pissed off at it. If anyone played this game on Super Mario All Stars, they will know what i am talking about.

you have to hit invisible blocks to pass through levels, gusts of wind come out of nowhere to push you down a hole... the game was just unfair. And who could forget BAD mushrooms.

That's bogus. Us USA gamers could have handled it. They sent Zelda over. And Metroid.

Ah yes, the "real" Super Mario Bros 2 that we didn't see until it was included as "The Lost Levels" in the SNES' Super Mario All-Stars!

The original, Japanese version of Super Mario Bros 2 for the Famicom was essentially a much more challenging version of the original Super Mario Bros, ramping up with the difficulty with such additions as more aggressive versions of familiar enemies, two Bowsers in certain castles, powerful wind storms that blow our heroes across the screen (wind storms that will moreover change direction), and poisonous mushrooms that will hurt Mario as if it were an enemy! (This game is also notable in that it moreover allowed the player to choose between Mario and Luigi in the single player mode, being the first game to offer a non-cosmetic difference between the two characters!) You can see a long play of this nightmarish gauntlet here.

We North Americans were largely ignorant of Nintendo's cunning deception (similar to one day releasing that we were only getting half of theFinal Fantasy games with deceptively small re-numbering) until Super Mario Bros All-Stars was released on the SNES, where a 16-bit remake ofthe original Super Mario Bros 2 was included as Super Mario Bros: The Lost Levels. (And even this remake was less challenging as the original, as the poisonous mushrooms were now more easily distinguishable from their non-toxic cousins and the auxiliary Bowsers were removed!) You can see a video of this 16-bit remake here.

I have this game for NES & it's not the Japanese version. Is it difficult? Oh, yea. I have to admit that I prefer it to the 'American' turnip based Mario 2 though only because that seemed like a strange turn in the trilogy.

I wasn't even aware that there were NES cartridges made of the "real" Super Mario Bros 2! How does it differ from the Japanese Famicon version?

There's of course a good reason as to why the "'American' turnip based Mario 2 (Nintendo should have slapped a sticker on its package proclaiming it the "Greatest Turnip-Based Game of the 1987!") seemed like a strange turn in the trilogy: it isn't really a Mario game! It's Yume Kōjō: Doki Doki Panic with the four playable characters swapped out with the quartet of Mario, Luigi, Toad, and Peach! (I now wonder if we in North America missed out on other great Yume Kōjō games, characters swapped out or not!)

In the long run, those game-in-disguise shenanigans at the least gave us a surprise when we finally did get "The Lost Levels" and introduced the Shy-Guys and Birdo into Mario's rogues gallery! (Although why not incorporate even more from that game? Mouser, for one?)

Totally aware of the game being basically stolen. It's just a strange choice by Nintendo. I'm sure there's other games that could have been ripped off that would have suited better.

I'll take a picture of my cart & post it here at some point. The game is identical to the Japanese version. So it looks like this:

Just in English. So, basically the one on the Gameboy cart in a sense.

But yeah, Nintendo did some real dumb stuff back when they pretty much had a monopoly. From censorship to inexplicable stuff like this. Gotta say though, I wouldn't be able to finish the real SMB2 nowadays, I'm way too out of practice.

Withholding the "real" Super Mario Bros 2 from the Western Market due to its difficulty and instead releasing a character swapped clone of Yume Kōjō: Doki Doki Panic was indeed an inexplicable act on the part of Nintendo--for several reasons.

In retrospect, the notion that "this game is too difficult for Westerners" is rather bizarre (and not to mention coddling and condescending) and contradicts the notion of "Nintendo hard" adopted by numerous other games of the time, i.e. the numerous far more difficult NES games that were released to the Western Market: Silver Surfer, BattleToads (its hover-bike levels in particular), Ninja Gaiden, Ghosts N' Goblins, Teenage Mutant Ninja Turtles (its timed, electrified underwater bombing diffusing level in particular), The Adventures of Bayou Billy, etc. Making such games so difficult was often one the major goals in their development, to keep people challenged by them, not tired of them, and re-renting them in the rent driven video game market of the time. (That principle makes a far amount of sense, especially in light of the opposite: far too easy games like Kirby in Dreamland that could be mastered in a day often seem like a waste of money in retrospect, given the lack of challenge and re-play value!)

As for why the "real" Super Mario Bros 2 was so difficult in the first place, especially when compared to the other Mario games: I can see why they would up the challenge in the first, and must assume that they decided it was a bit of a miss-step during Super Mario Bros 3's development. A difficulty setting may have been a better approach that would have satisfied the broadest audience, letting them tailor the challenge to their level--but perhaps that was beyond the cartridges' limited ROM.

As for necoring the threads, just consider us a couple of regular Herbert Wests! 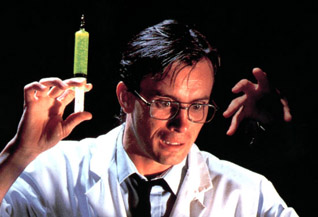 Wow! I never even knew this existed! I knew there were games released in Japan that were not released in the United States, but I didn't know there was a Mario game we all missed out on. The invisible blocks sound extremely hard to overcome. I wonder how they had to go about programming so that the boxes wouldn't appear to be there but still reacted with the player. I still can't believe it wasn't released in America solely because of difficulty. Has anyone played the Legend of Zelda games? Those got pretty difficult at times.

And though all of the above comments speak only of sheer difficulty of the Japanese original, there was in fact also a second reason for Nintendo's re-packaging of Yume Kōjō for the Western Market instead: Nintendo also thought that the Japanese Super Mario Bros 2 was too similar to the original game for the Western Market! That notion may seem a bit odd, but I suppose it does make in sense in terms of the fear of Nintendo looking like they were out of fresh ideas (even though the game was packed with great-if-simple twists on the original) and moreover the eighties were an era in which sequels tended to be surprising departures from the original--that were later followed by a third game that were much closer to the original! (The most famous examples being The Legend of Zelda II: The Adventure of Link and Castlevania II: Simon's Quest.)